This guy's name is Luis. I'm guessing he's a relative of some sort. Anyway, here's his story and some interesting pictures of him.

The year was 1993, the month, a cold one November and the day was the twenty fourth. This isn’t just any day, It is a date to remember, a day unlike any other, it was the day I was born. My life started with a little adventure I’d say . Just as I was coming out to greet a new world, my umbilical cord got stuck around my neck and the more I came out the more I was choking. Fortunately the doctors noticed in time and knew how to deal with the problem and after a few hours I was out and on my way to see what life had for me.

I was born in a very small city of Mexico, named Mexicali, Baja California North just on the border with the United States of America. I never really knew that city because not long after I was born we moved to the second most important city of Mexico, Guadalajara, Jalisco .From time to time my family and I would go visit my hometown to visit my mom’s side of the family. We would also travel a lot to Mazatlan, that is where my dad’s side of the family resides. I personally preferred and still prefer going to Mazatlan since I get treated better and I don’t get along too well with my mom’s side of the family. Perhaps it’s because of experiences I’ve had with them when I was very small.

Raising up in Mexico was very different than in Canada . It was a very fun childhood, with different habits, culture, people and lifestyle. Like most of the people there, I was catholic and still am, I was taught to go to church every single Sunday. However this wasn’t always the case, we only began to attend church when my grandpa died and until now I go to church every Sunday. In Guadalajara I attended a private school. This was a place where I learned a lot , there I met good lifetime friends that I still visit when I can. That school taught me English, a critical stage of my life that would really help me later on in life without knowing.

As a kid I had very unique characteristics. When I was little I was very protective of my family friends and belongings, if anyone did anything that disliked me to anyone of my family, friends or things I was the first one to know what’s up and wanted to solve everything in a not very nice way. Many of my experiences that defined me as a child I don’t remember very well but I was told by my parents. When I was very small, we went on a fishing trip to the deep sea and all we could see was water, water and more water. My dad told me jokingly to dive in the middle of the ocean. I didn’t even know how to swim but I just did what he told me and I dove like nothing , my parents had to come and get me. Also I always wanted nothing but the best . For example when we had to go on a six hour trip by car I would complain that I didn’t want anything else that wasn’t a plane, I would even get mad. Of course I was too small to realize the cost and other factors. I was also very determined to do anything that I had on my mind. I learned on my own to ride a bike when I was very small, it took me one day but several hours of practice and falling down.

Me and my brothers liked to have fun , but it was the fun that it wasn’t that funny to everyone else. We had a balcony that looked out into the street where cars passed. When me and my brothers where bored we did things to get entertained. What we would do was grab toilet paper and soak it in water , when a car passed by we would just throw many small balls of these soaked paper and hit the car, after we threw them we would rapidly hide, we sometimes did it with water balloons, and not only to the cars we did that but to our neighbours. For our bad luck of course we had to get caught the last day before we left to Canada and we never did it again.

Before I moved to Canada I participated in some activities. I liked basketball but wasn’t really involved, it wasn’t a sport that many practiced back in my country and almost every court was concrete and bad rims all that stuff but once in a while I would grab the ball and bounce it around in my porch and play around with it but that’s about it maybe play for fun with some friends. What I was really involved in was baseball when I was about ten years old. I got to the point that they chose me to be on a team that would go to a national tournament. We didn’t get that far but it was a good experience, later on I stopped playing because of lack of interest.

As I said before, it was a good childhood living in Mexico but very insecure, and there were constant problems in the city so my dad started finding a way to move to Canada. It only took him 3 years to finally get a job offer from a Canadian company. This day in my life changed the rest of it. What happened was that my dad went on a work trip to an expo to show his work, there a Canadian company saw the work my dad did and wanted to hire him. The name of the company was UCL. At the time I was in 5th grade. I was excited and sad at the same time a lot was going on through my head. My dad left to Canada 2 months before we did and sent me pictures. I was pretty excited to go.

Finally the day had come and we left at six in the morning, it was really hard to leave most of your life behind, your friends, family, land, culture to go to something unknown, the feeling is indescribable. When we arrived, It was 10 pm. We went to the house my dad had rented. From the second I touched Canada , everything was different, It was a good change but I still miss a lot of the things back home.

Adjusting to Canada was very difficult to me. I didn’t know anyone , I didn’t speak English very well and the buildings and the way the city was built very different. When I came to Canada I was super incredibly amazed by the schools, now I see them normal but back then they seemed enormous to me and I was surprised with even the worst gyms. In Mexico we barely had any wooden floored gyms and covered and for me to play in one of them was unbelievable. After I few days I noticed that there was a lot of green and animals around us like little squirrels, deer and other living things. This was something that I didn’t get too see very often ,like rabbits on the street or geese that when I saw them I wanted to grab them and take them home.

As time went by I started understanding more english and I got involved in basketball more. The first time I got involved in a league was here in Canada and from there on I kept playing it until today. My first winter was very exciting because I got to see snow for the first time but I got bored of it after a month and I couldn’t handle the cold, I was born in the hottest city of Mexico, how did I survive it? ! It was hard but there was no way around it, and still today I haven’t gotten used to the cold. Today I have been living in Canada for over 5 years and I respect it. I don’t think I would move back to Mexico until I retire older but for sure for vacations at least 1 month every year, someday I will receive my Canadian citizenship but I will never stop having my Mexican nationality, its just part of me, its in me, its in my blood, in my heart and my family. 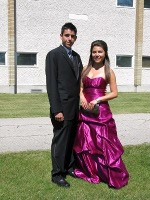 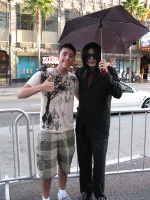 Ben Century
My blog "Classical Gas Emissions" is mostly about things that interest me. Much of it consists of things I find at Garage Sales, Thrift Stores, and in the trash. There are also some of my goofball antics in here that are solely for my amusement. I'm a bit of a techie; I love modifying electronic and computerized gadgets. I'm also a HUGE music junkie.